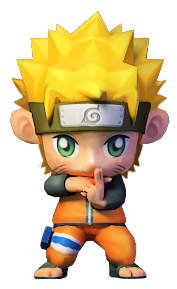 Naruto is the main character in the series of Naruto. He is the son of the fourth hokage and the last of the Uzumaki clan. He plays a very important role in the series along side with Sasuke. He is a part of team Kakashi which is made up of Hatake Kakashi, Haruno Sakura and Uchiha Sasuke.

1 of 2
Add photo
Retrieved from "https://pockieninja.fandom.com/wiki/Naruto_Uzumaki?oldid=14589"
Community content is available under CC-BY-SA unless otherwise noted.