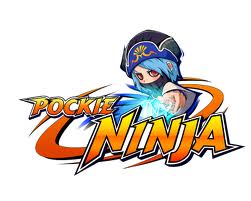 Through the gameplay, you can change your outfits and complete missions for prizes, battle in the arena, or compete in Events to win exclusive items.

The form of this game is Role-Playing, so the Player controls the sprite/character through the challenges or battles they face. Through missions, players can win stones (a form of money), gift coupons (can be used in replacement for gold), and items. The character of the player has can be changed when you unlock more Outfits, which can be synthesised to obtain better levels of the outfit. Pet's can also be used to boost the chances of your winnings, as are weapons in a few categories- Blunt, Fist and Sharp.

Pockie Ninja includes the characters from Anime such as Naruto, Bleach, and, most recently, One Piece, though the outfits are not as common as the rest. Pet's in all the three series are available, including but not limted to all the Tailed Beasts from Naruto, the cute yet powerful Chopper from One Piece, and Soul from Bleach. The same goes for all the skills, which are derived from each of the attacks or jutsus used by the characters in all of the Anime, notably Rasengan, a skill used by Naruto quite frequently, and Chidori, a skill used by his rival, Sasuke in the Anime/Manga.

Retrieved from "https://pockieninja.fandom.com/wiki/Pockie_Ninja?oldid=15039"
Community content is available under CC-BY-SA unless otherwise noted.